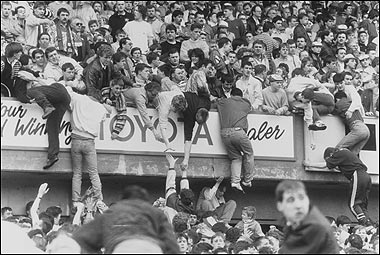 The 12th of September was a momentous day. Yes, Apple launched the long awaited iPhone 5. Fans had been waiting months for the sought after smartphone, however for a group mostly based in the North West of England, there was news on a different subject that they had been waiting for, not for months, but for more than 23 years. The conclusions from the Independent Panel looking into the Hillsborough disaster were to released. To many in the footballing world, they were a surprising revelation. For others, it was what they were trying to say all along.

I was just 14 years old when the disaster happened, and had been going to watch live football for about five years. As news filtered through on the car radio that afternoon of problems at the FA Cup semi final, it didn’t seem as important as finding out how Watford’s stuttering promotion campaign was getting on at Swindon. And I guess as the majority of my football watching had been done at the relatively safe and friendly environs of Vicarage Road, no need for fences, ID cards and heavy handed policing there, it was perhaps a sheltered existence in comparison to the, in general, pretty shitty facilities to stand or sit and watch your team of choice.

I do remember however, that as a football fan you were branded the same, a foul mouthed yob. Around the same time, I was travelling on the tube in London. Sitting opposite me was a young boy with his Mum. The little lad asked a couple of questions about some security practices on the train, I can’t remember the details, but they were things to ensure people didn’t do things they weren’t supposed to be doing. Anyway, the mother explained these things to the boy, adding that such measures were to prevent bad people “like football fans”. She used the same expression twice. I was angry and hurt, but didn’t have the balls to say anything to her, to challenge her on her ignorant views. I was a football fan but knew how to behave and being a football fan did not mean I was going to start smashing up a tube train. I was a football fan because I loved going to watch my team on a Saturday afternoon.

Unfortunately, this particular lady’s views were shared by many in charge of not only the sport itself, but also looking after those who attended games. Fans were animals and were therefore treated as such. A look into the background of the causes of the Hillsborough disaster show as much, and such views meant that not only could the authorities get away with providing a third class service to the supporter on the terrace, but could also cover themselves by pointing the finger whenever questions were asked. This pretty much sums up the reasons it’s taken nearly a quarter of a century to get the truth out about what happened that fateful spring day.

I have to admit that I was blissfully ignorant of how much the bereaved families have had to put up with until reading the chapter on Hillsborough in David Conn’s excellent book, The Beautiful Game. It certainly openend my eyes to exactly how much of what happened at Hillsborough got covered up, and provides the sort of journalism that should have been listened to, rather than the ill informed rubbish that the Sun newspaper has taken a mere 23 years to apologise for. There is a saying that something can be “a disaster waiting to happen”, and very rarely could it have been more apt than describing the whole set up at the FA Cup Semi Final in 1989. An FA who’s main concern on selecting the ground to stage the event, was the capacity and location, completely overlooking the fact the ground had not held a safety certificate in 8 years, and ignoring the previous problems, not only in 1981 where there were injuries to more than 30 supporters due to a crush on the same terrace, but also overcrowding problems at semi finals in 1987 and 1988.  A police force who epitomised the previously mentioned authority viewpoint on football supporters. The hosting club itself, who ignored the need for the required safety certificate, who kept a stadium in poor design and poor repair, and arrogantly dismissed any suggestions that problems could occur. Then on the day itself, a police official in charge, completely ill prepared for the possibility of problems, and emergency services not following a pre-written plan for what to do. A finer combination of arrogance, ignorance and incompetence you could not find anywhere else surely? 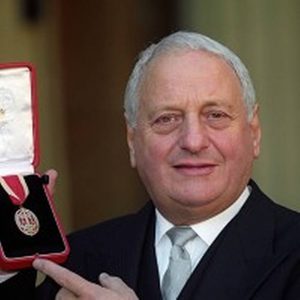 Sir Irvine Patnick – MP at the time of the disaster, and played an active part in the smear campaign to cover up the authorities failures

And so the disaster happened, and after a mass loss of life you would expect, in a modern country with a revered justice system, for the lessons to be learned, and for those at fault to hold their hands up and admit that they were wrong. Not a bit of it. Not when there is a tarnished group that could be blamed, and with a popular press more concerned with sensationalist headlines than actually producing accurate news stories. To be at fault is one thing. To not admit your mistakes is another. To then apportion blame to an innocent group whose safety you were responsible for is even worse. To do so to a group of people already suffering the unbearable loss of friends and family is abhorrent. 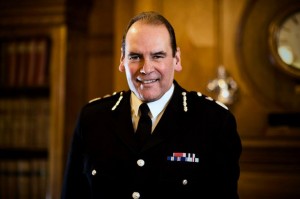 And this is the part that really sticks in the throat of every decent football fan in this country. Fine, football fans had a reputation and therefore the authorities decided in general to treat them according to that reputation and fail to provide adequate or even safe facilities. Lessons learned, things improve, we move on. Sometimes people get away with dreadful errors in their working lives, and in this situation, errors that have disastrous consequences for others. They escape justice and you only hope that they can look in the mirror each day knowing what they have been responsible for. However, no matter how much time passes, the covering up of evidence should not be overlooked. It goes against the whole idea of a fair system of justice. The outright lies of certain individuals who were not only in positions of trust and authority back then, but remain in those positions now. Bring those individuals out of their hiding places, away from their lives of ignorance and arrogance and get them to face justice. Allow the friends and families of the Hillsborough victims to see their 23 year wait was not in vain, and that they can finally get closure, the victims can rest in peace, and the city of Liverpool can go back to debating how to get their team back to championship winning ways. 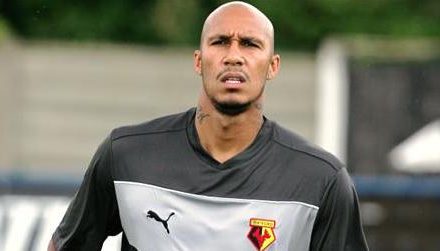 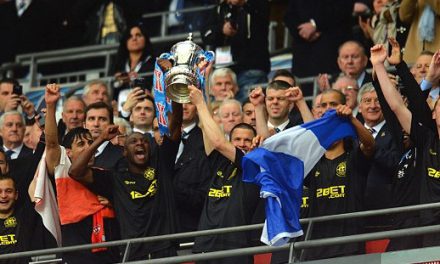