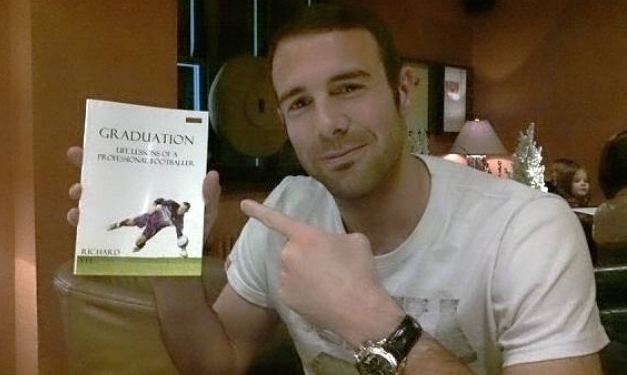 The life of a professional footballer is easy isn’t it? Train for a couple of hours a day, which despite some occasional fitness work is generally with a ball and doing things which come naturally to someone as talented as you. Go home, have a sleep, maybe play a round of golf with the lads or if you’re that way inclined, a couple of beers, but not too many as you are meant to be a finely tuned athlete. Play a game on a Saturday, pick up your enormous wages, lunch with the family on a Sunday, and sit back and enjoy the adoration of thousands.

That’s the life you’d expect, but books such as these show that in reality, it’s far different. Richard Lee had a season as a Premier League goalkeeper. Admittedly, for the majority of the season he was playing second fiddle to England hopeful, Ben Foster, in a struggling Watford side. Two seasons later, after getting the no.1 spot, he’d fallen down the pecking order again and was restricted to playing the occasional cup game or waiting for an injury or loss of form to get a run in the side. After a season of virtually no first team opportunities, his contract was up, and he was offered a new one year contract on a third less money. He could take the easy option, the money, the club he’d been at since the age of 10, or go and find somewhere new, where he might still get the same amount of money, but he’d be getting football. And in doing so, would have to overcome the chronic nerves he’d always experienced before games, which had ultimately affected his career to the point of being undecided if he even wanted to continue. 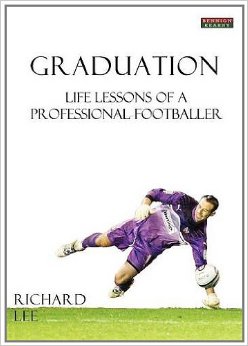 Richard Lee always came across as a cut above your average footballer. The impression I got was of him spending most of his spare time building his latest website or business venture, or reading books on psychology. As a Watford player, he had his own blog which was regularly updated with honest appraisals of himself and the team, and a distinct lack of football type terminology. He’d also appeared on Dragons Den to get some investment into his business, Dr Cap, and had succeeded in getting some money from Duncan Bannatyne, never an easy task. Being a Watford fan, I was obviously a frequent observer of his playing career. As a young home grown player, he’d enjoyed a decent backing from the Watford faithful. He’d suffered more than his fair share of bad luck, some nasty injuries at times when it seemed he was establishing himself in the team, and also denying him a deserved cup semi final appearance. After finding himself surplus to requirements at Watford, he fought his way back from effectively fourth choice to become first choice goalkeeper on merit.

I also remember the dark days described in the book, the error which swung the vital play off game in Hull City’s favour, and the poor run of form which eventually saw him lose his place to the promising youngster Scott Loach. I remember during that run, a game in which Lee made some outstanding saves, but just didn’t convince; something just wasn’t right. He ended up making an error which cost a goal. It is interesting to understand the mental demons that were affecting him during that period. At the same time, experts in the stands were deciding he wasn’t good enough, unaware and ignorant to other things that might be affecting him, deciding that it was time for the young Loach to come in – presumably the same experts who subsequently affected Loach’s confidence to the point of him leaving the club for a fraction of his previous seven figure value.

This is more than a football autobiography, in that it focuses more on Lee’s learnings about himself, in particular how his mind works, and how he developed the use of it to maximise his potential. It focuses very much on his first season at Brentford in a monthly diary update type way, but has enough sections recalling previous times to get the full flavour of his life leading up to the year in question. If you’ve played the game at any level, you will understnad the references to all the emotions involved leading up to a game and during it, and perhaps learn from the methods Lee discovered and subsequently used, to fight back from a poor start to his career, to becoming a crowd favourite and team captain. Lee never pretends to be something he isn’t, he recognises his weaknesses as a player, but focuses on what he can do, and more importantly, how he can make the most of the strengths he has.

For budding footballers, this book provides a great insight to the realities of the professional game, the nerves when the time approaches to needing a new contract to ensure you have enough money coming in, the struggles when you have a coach or manager who won’t communicate with you or doesn’t believe in you, the pressure of having thousands of supporters hopes on your shoulders, as well as the rush of performing well or making a significant contribution to a success. For those outside the game, it provides insight into NLP (neuro-linguistic programming) and to using the mind to make the most of the abilities of one person. Overall, it is a fascinating and honest insight into the life of a professional footballer, long enough to get an understanding of what Richard Lee is about, but short enough to ensure it never becomes lengthy or tedious reading. In short, it’s well worth a read. 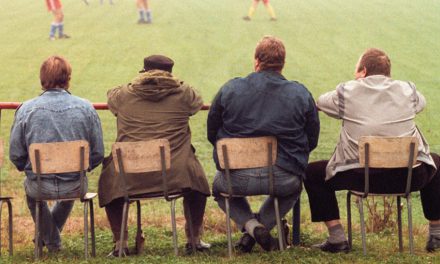