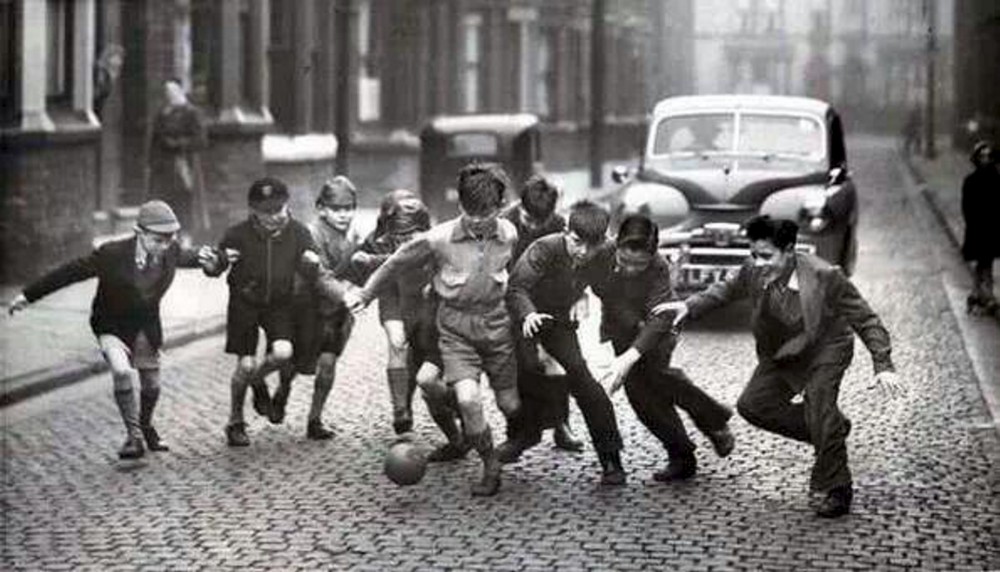 I’ve seen and heard quite a bit from John Cartwright over the past 18 months or so, ever since he became chairman of the London Football Coaches Association, and so regularly speaks at their events. Anyone who has seen John speak or coach will be aware of his huge passion, not only for football, but for coaching the game. They will also be aware of his frustration with the game, particularly in England, where in his opinion (and one which it is currently very difficult to argue with), we are simply failing to teach the game properly, emphasising strength, passion and tactics over technique, and falling way behind other countries.

Cartwright has his own theories on teaching the game in the right way by using the game as the teacher, and while understanding why things have moved on, bemoaning the loss of street football as the ultimate footballing education for young players. His Premier Skills Coaching and Footballing Methodology was introduced to try and improve this more than ten years ago, and you can see an example of the sort of sessions Cartwright uses here, however this article is all about his book, Football for the Brave. 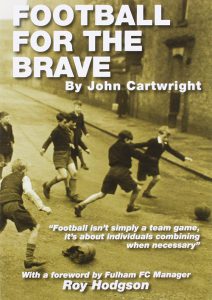 Published in 2008, with the foreword by the current England Coach, Roy Hodgson (then the manager at Fulham), Football for the Brave briefly explores Cartwright’s own experiences in the game, from an early frustration as a 17 year old junior professional at West Ham, being castigated for showing individual skill to score a goal in a practice match, to his love for the Brazil team of the late 1950s and early 1960s. Moving to the current game, he bemoans the lack of vision in the English game, and the knowledge that because we are unable to produce enough technically gifted players we simply import the players from abroad. In addition, his belief that the game in this country is over hyped mediocrity – so much for the greatest league in the world.

One of John Cartwright’s beliefs, one similar to that of the much respected Coerver Coaching method, is that football is not simply a team game, rather than that of individuals combining when necessary. Over the chapters within the book, he covers simply footballing techniques and skills that coaches should look to teach and that players should learn, from the simple receiving of the ball on the half turn, to playing with confidence in the tightest areas, and to keeping possession of the ball wherever possible. He then moves on to look at play in certain areas of the pitch, from finishing, to the use of goalkeepers as sweepers, this being published more than a year before Manuel Neuer made his full international debut. In the final chapters of the book, Cartwright looks at tactical thoughts and game style, including distinguishing between good long passes and the hit and hope football he believes is so common in the modern English game.

In conclusion, Cartwright takes a strong swipe at the English Schools FA for the decline in the stream of talented young players coming through, but also criticises the FA for their failure with the Lilleshall school of excellence, and calling on the highest powers, including the government to make changes in education to ensure an improvement in the teaching of, development of youngsters in the game of football as well as all sport.

If you think that John Cartwright has mellowed since 2008 with his thoughts on the game then think again – check out his excellent Keep the Ball blog in which he regularly contributes his thoughts on the game, from the grass roots game to the latest efforts of the FA to improve our national performance. Greg Dyke may have believed he was going to save the English game with his commission, but as discussed previously, he overlooked some important figures in the game and Cartwright is one of them. An innovative coach from his early days and one brave enough to stand up for what he believes is right, even at the ripe age of 75, he has more to offer the development of the game than certain other individuals both in that commission and other given far too much airtime.

Football for the Brave is a must read for any coach – it’s not a book full of training drills that will make your coaching sessions better, but what it will teach you is the important concepts for improving your coaching and the skills of the players you coach. Perhaps if more coaches adopted the beliefs of the likes of John Cartwright and we started developing players with excellent technique, the national game would improve, and we would hear the last of ridiculous notions of quotas and Premier League B teams.