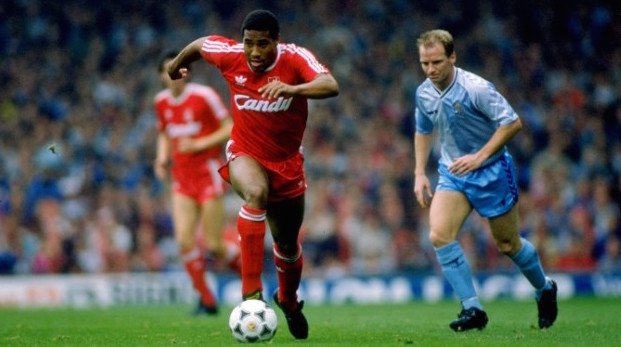 Earlier this year, in the football changing room on a Saturday afternoon, we were chatting about the infamous “Luis Suarez” saga. One of the more outspoken members of the team remarked on how out of character it was for a club who had a proud history to doing so much to promote racial equality. While there may be some truth over more recent times, it showed some sadly common ignorance of the past, particularly the years leading up to John Barnes signing for Liverpool.

As a Watford supporter, and with this book released prior to John Barnes’ autobiography, it was of interest to me simply due to the subject being a hero of mine, and still arguably the finest player to ever pull on the shirt. This book is however far more than a biography of Barnes, and takes a well researched look into the underlying issues that surrounded his move to the Merseyside giants, and formed part of one of the most dominant club sides the UK has seen.

It looks at the culture of the club, from before Dalglish’s management. A look at the experiences of Howard Gayle, a Liverpool born player who had a short period at the club before finding greater success elsewhere. The attitudes towards him as a black player, what some would see as harmless banter, to the player himself finding prejudiced and insulting. Some interesting interviews are included, one of the most infamous being with Tommy Smith, a legendary Liverpool player, who displays some quite shocking views, at best ignorant, at worse, vile.

The book also covers Barnes’ experiences with the national team, the abuse he suffered at the hands of England supporters, the hardcore right wing element that blighted the reputation of England’s following for years. The front cover picture shows an image of Barnes back-heeling a banana from the pitch during a game against Merseyside rivals Everton shortly after joining Liverpool, a game which will long be remembered for the disgusting abuse aimed at Barnes during the game, and dismissed as “good natured banter” by commentators at the time, typical of the head in the sand attitudes of the time.

The book does well to cover Dalglish’s attempts to overcome such prejudices at the club, and with recent history in mind, it is perhaps a good time to review the book again. Why after so much hard work done at the club to improve racial relations were there such inappropriate responses to Suarez’s behaviour? It went a long way to undoing the work begun back in the late eighties and covered in this book. If ever you want to understand why it caused such outrage, this book may well go a long way to providing some answers.