In the midst of reports of Ashley Cole sporting a new mohican haircut, surprise at Andy Carroll being handed England’s no.9 shirt, or the shock at the potential “welcome” from the host nations at Euro 2012, you may have overlooked the news of the approval by FA Shareholders of radical proposals that will change the face of youth grass roots football in years to come. An overwhelming majority agreed with the plan, developed over the last couple of years, that will see a mandatory 5 v 5 format of football for under 7s and under 8s, 7 v 7 for under 9s and under 10s, and a 9 v 9 format for under 11s and under 12s, to be phased in by 2014-5. These formats will also involve smaller pitches and smaller goals, and will see the season split into three smaller phases to increase competition for a greater number of children.

Having attended the FA Coaches Conference for the past two years, where the background research has been presented, there is little doubt in my mind that this is the way forward for the improvement in English football in the long term. What is vital in the development of players is to get touches on the ball, improve technique, and more importantly learn to love and enjoy the game. 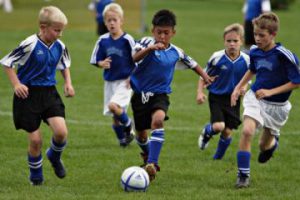 When I think back to my own football development, various things stand out. The thrill of scoring a goal of course, the enjoyment of being part of a team, making a great save or tackle, the chance to try things that you’ve seen your heroes do on a Saturday. Or maybe being scared to touch the ball for the fear of doing something wrong and being shouted at, (I was fortunate in a way, my parents hated football so I never had the “parent pressure”), being left out of the team and being told league rules meant they could only use three subs in the game so I wouldn’t play today, standing in a full size goal as my team played a team of boys who were bigger and stronger so were easily racking up a cricket score against us. I was never going to be Lionel Messi (or in those days it would have been Diego Maradona), but I sure as hell wasn’t going to get anywhere near that level with this situation. And I doubt I was alone.

However, while the proposals have been passed by the FA, there appears to still be some resistance at Grass Roots level. I took some time today to read various forums to see the general reaction to the news, and although there was a great deal of positivity, there was also plenty of objections. I have listed some below, and put my own thoughts.

Yes they do – they want to be able to do exactly what they see their heroes doing. However they’re not going to be able to do that by spending the game running after a massive punt from the big kid at the back. And is there really nothing wrong with how things are at the moment? Really? Take a look at our national team and their technique in comparison to other countries, and you will usually see that the things foreign players can do with one touch take our players two touches and so on. In general, our technique is not good enough.

Kids get a lot of shocks as they grow up…like for example growing taller. It is about playing on pitches that are appropriate to the size of the player. An interesting point here of course is that kids grow at different rates, and perhaps players should be encouraged to “play up a level” if they are big for their age or need to test themselves further. Think about the academic geniuses – they move up a class to match their learning, and perhaps this would be true for football as well? I know this is something that they try to do at the academy at my own team, Watford.

“Why haven’t the FA asked the players and coaches who actually take part at this level what they think?”

I can only assume that the coaches that believe the FA haven’t consulted anyone and just made this up at Wembley HQ must have failed to read the study fully, or not attended any of the roadshows or events related to it. There is talk of “Brooking in his ivory tower” being out of touch…personally I believe it is the critics of these proposals that are the ones out of touch. Either the FA completely manipulated the results, or they have statistical proof that this is the right move for the youth game.

“Kids love winning and this takes away the competition”

On the contrary, there is still competition, and plenty of it. On the presentations I’ve seen, the focus is very much on playing to win, but also on winning by playing good quality football, not on which team has the big kid that can hit the ball harder and further than anyone else.

“What need funding and we need better facilities”

Can’t disagree on this, but ultimately this is a countrywide problem and not just the FA’s. There are too many local councils that fail to provide decent sporting facilities, replace playing fields with housing estates, and when they do have the facilities, do not maintain them at all. We are behind other countries on this front as well, and this does need addressing.

“It’s not the format of the game that’s the problem, it’s parents putting unrealistic pressure on”

I don’t think this is a problem that is going to go away very quickly, and we have to start somewhere. The example must start at club level, with the coaches and club officials, and creating an environment not only about winning games, but in developing and learning. Maybe then the parents will be educated and learn that what is most important is enjoyment for the kids, developing their skills, and yes winning games, but from learning by making mistakes without the fear of being shouted at. But then again, how many times do you see a child misbehave in the street and get shouted at by an over-aggressive parent. Maybe this isn’t just football’s problem.

This is true, but you have to look at the question as to why. And perhaps there is some fault at the FA on this one, going back some 20 years. Where they have effectively sold out their power to the Premier League over this time, they have lost their ability to control how clubs develop talent. And with the advent of the Premier League and the flood of money into the top level of the game, the pressure to win at all costs has meant that clubs will find the easiest way to do this. Foreign players are cheaper to bring in. Why is this? Could it be a supply and demand issue? Look at the recent signings of promising English players and the fees they commanded. If clubs want to buy British, it’s at a premium because there just isn’t the talent available, which brings us full circle to why we aren’t developing enough players of good enough technique and ability.

As with all things football, it’s all a matter of opinion. The fact remains that 87% of the FA shareholders at their AGM held the opinion that this is the way forward. And as mentioned in my previous blog, more and more in the game, and in coaching circles, are recognising the need to develop technique at vital learning ages, which is considered to be up to the age of 12. After this, there is plenty of time to learn formations and tactics, but if the players don’t have the skills to be able to take advantage of a tactical moment of genius, then it is all wasted. I think this is the start of a very long journey, but hopefully these proposals have put the British Grass Roots game on the right path for the future. 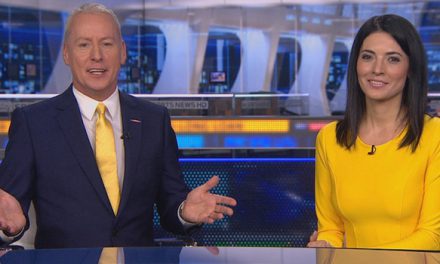 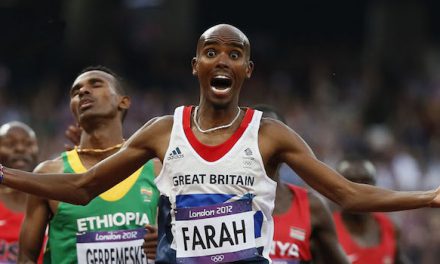 The weekend where football was second best