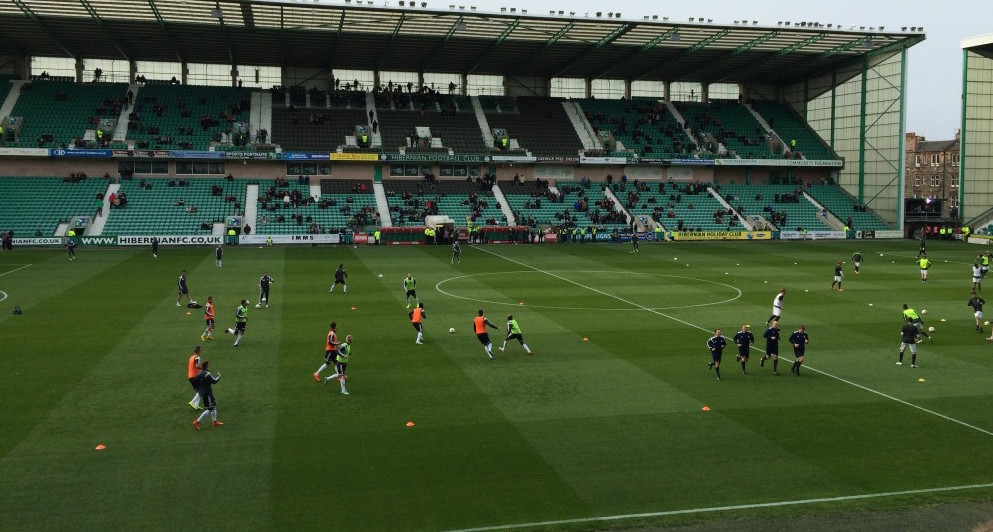 A new experience for me last weekend, not only my first live Scottish game, but the Edinburgh derby match to boot. Part of a surprise birthday weekend from the wife, such gifts are usually quiet, relaxing affairs. The revelation that part of the surprise would be taking in Sunday’s game at Easter Road suggested that quiet and relaxing would not be part of the package this time round.

That’s not to say that I hadn’t seen the two teams play previously. Both Hearts and Hibernian have played at Vicarage Road in reasonably recent times. Hearts were the 1987 opposition for an end of season testimonial game for goalkeeper Steve Sherwood, a match notable as the last games at Watford for Sherwood himself, John Barnes, and Graham Taylor, at least for about nine years in the case of the latter. An entertaining match ended 4-3 to the Hornets, and the party atmosphere was enhanced by the loud support from the away end. Similarly, Hibernian provided preseason friendly opposition before season 1990/1, and came away with a 2-1 win. Both matches were also quite notable in the career of a certain David James, who made his first appearance in the Hearts game as a 16 year old second half substitute, and was again a replacement in the Hibs game, but this time winning the battle to become the new first choice goalkeeper, replacing the departed Tony Coton, his rival, the late Mel Rees making errors costing at least one of the Hibs goals.

Fast forward to the present day and both clubs now in the Scottish championship, with the home side looking to end an impressive unbeaten start by their rivals. Scanning the two squads, there was one instantly recognisable face for me in the shape of Hearts’ midfielder Prince Buaben who had spent two injury hit seasons at Vicarage Road in a break from a career largely spent north of the border. It was obvious from early on that he was not a popular figure in the home support, a quick look at previous meetings between the Edinburgh rivals had shown that Buaben had scored the winner the last time the sides had met back in August. One chap a few seats away was particularly keen to send a string of expletives Buaben’s way whenever the Ghana international was near the ball. 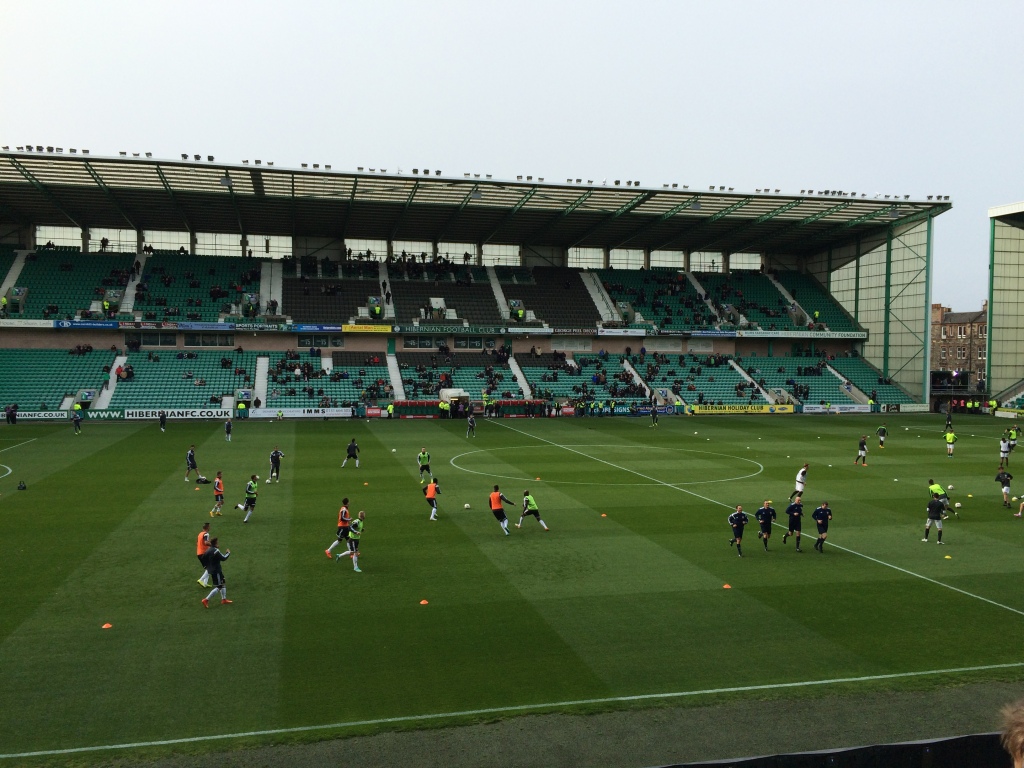 There was plenty of noise as the teams emerged for the 12.15 kick off. What was noticeable here was the the officials and teams immediately dispersed to their ends of the pitch upon emerging from the tunnel, none of this imperial march to the half way line and waste of time handshake b*llocks employed south of the border (and sadly even creeping into the game at lower levels); it was very refreshing. On a blustery day, there was plenty of balloons and other debris on the pitch, including one of the home supporters’ banners from the stand just below us. Hearts’ full back Callum Paterson did his bit to endear himself to the Hibernian support by trying (and failing) to remove the item using the sole of his boot. The more popular figure of Dominique Malonga eventually finished the job by picking it up and handing it back to the supporter.

The home side started the game on the front foot, pushing both full backs forward at every opportunity and working the channels. Hearts looked to play out through the thirds, with Morgaro Gomis dropping deep to pick up the ball from his goalkeeper and centre backs, however the home side’s energy meant they created little. Hibs more impressive performers came in the shape of the busy Scott Allan, playing slightly to the left in midfield, and a bit deeper, Dylan McGeouch, who played in front of the back four to impressive affect. Allan himself had himself spurned a couple of opportunities to have an effort at goal in the first half, choosing to pass when a shot would have been a better option, but he did also set up Danny Handling for an effort well saved by Hearts’ ‘keeper Neil Alexander. Hearts’ best opportunity was when Soufain El Hassnaoui burst through from deep onto an error from Paul Hanlon, but shot straight at the imposing figure of Mark Oxley in the Hibs goal.

Shortly before half-time, the home sides’ persistence paid off, when following a corner, Liam Fontaine’s header was saved, a scramble ensued, and the ball was eventually blasted home by Malonga. A vital lead at the break, and the league leaders’ unbeaten record under serious threat.

The visitors came out with more attacking intent in the second half, helped by an early substitution, introducing more pace with Jamie Walker on for El Hassnaoui. It was the goalscorer however who had the first significant effort, heading wide when well positioned from Allan’s cross. At the other end, there was more action in the Hibs area without really forcing Oxley to make a save, other than a couple of poor corners which the big stopper dealt with easily. The away side’s job was made harder when following the breakdown of a Hearts attack, Malonga looked to break from deep inside his own half, only to be stopped by an ugly and cynical challenge from Paterson – for comparison think Rooney on Downing a few weeks back. Referee Madden rightly issued a straight red card, and Hearts had to play out the remaining ten minutes or so with 10 men.

Hibs looked to have held out until deep into injury time, when Buaben, who had dropped into the back four following Paterson’s dismissal, laid the ball off to the imposing Alim Ozturk, who strode forward before unleashing an effort from 40 yards out. As I watched, expecting the ball to sail into the away support behind the goal, the ball dipped viciously, clipping the crossbar and bouncing into the net. The Hibs support around were distraught, the away fans who had been silent for the closing minutes, were understandably overjoyed. The talk from around our seats was that their city rivals had got lucky, and not for the first time, and a Hearts supporting former colleague agreed, without appearing to be particularly bothered as the Tynecastle based club continued their unbeaten start to the season. Ultimately, any successful season requires that little extra bit of quality and luck, and Hearts certainly seem to have the elements in place for promotion back to the top flight. And if Hibs continue to work as hard as in this game, it would be difficult to argue against them being not far behind. 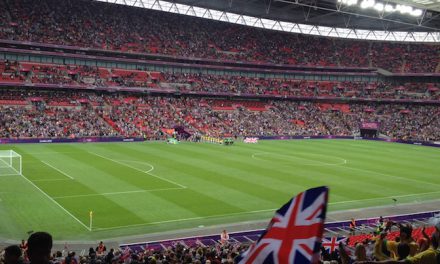