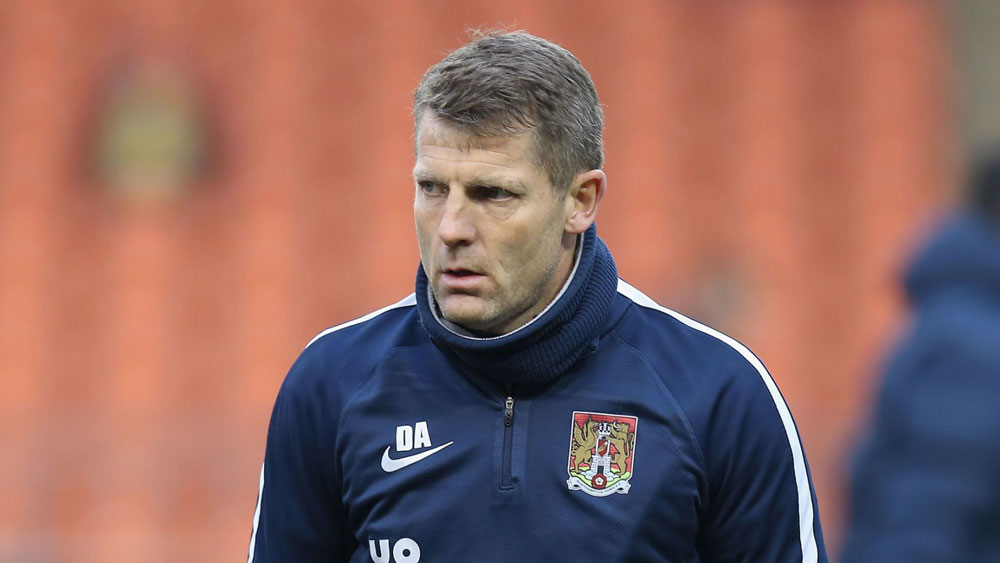 Former Southend, Tottenham Hotspur, and Crystal Palace defender Dean Austin may well be in need of one of his sessions focused on Defending. In his current role, as assistant to Quique Sanchez Flores at Premier League Watford, he has his work cut out with the Hertfordshire based team struggling at the bottom of the table and with the worst defensive record after an 8-0 thrashing at champions, Manchester City. An FA Pro Licence holder, Austin is in his third coaching spell at the club, having previously assisted both Sanchez Flores and his predecessor Slavisa Jokanovic in 2015, and Brendan Rogers in 2009. Brought up locally, Austin was also on the club’s books as a youngster, playing with amongst others, the former England goalkeeper David James.

At the time of delivering this session for members of the London Football Coaches Association, Austin was back in grassroots having left his position managing Northampton Town earlier in the season. He was helping a local football academy as well as the team his son played for, while also keeping involved in the professional game where possible and improving his own knowledge ready for his next role. For this particular session, he had a group of youngsters from Arsenal’s community programme, technically strong but perhaps not the most defensive minded, so much of the challenge for the coach was in the finer detail and organisation. Austin was the first to admit that in the modern game with rule changes in favour of attacking play, the art of defending is getting harder.

Subscribe to our weekly newsletter and receive the session plan for Defending.

The attention to detail started from the simple pass and move warm-up, where although the focus was on pressing either a mannequin or an opponent, Austin picked up on any poorly executed passes. The exercise relied on flowing two-touch play, so poor passes would disrupt things. He also not surprisingly picked up on players not pressing the mannequin after passing the ball.

The next part of the session focused on 1 v 1 defending in goalscoring situations, adding a competitive edge. Here, Austin focused on a quick aggressive press but without getting too tight to the opponent and allowing them to turn, “don’t let the attacker feel you”. He picked up on this point in the debrief, explaining that defenders should not be “shirt-tight” except on set-pieces. His other coaching points focused on not getting square on to the opponent, trying to force the opponent either on to their weaker side or the defender’s stronger side, and the defender not turning his back on the opponent.

The next progression was to a small sided game. The pitch was divided into three zones, with a defensive overload in the two end zones. Points were awarded for either combinations with the single attacker or completion of ten consecutive passes as a team. With the size of the pitch, ten passes was a big ask, and with the focus on defending, Austin pushed the players to press hard, and rotates the players in the midfield area on a regular basis. There was also a focus on defenders stepping into midfield to create an overload, and recovering if possession was lost. The final part of the session was a small-sided game with fewer restrictions, which were then further relaxed allowing completely free play. Here the focus was on pressing in the attacking half, not letting opponents play out. Austin encouraged the ‘keepers to get involved in the play, effectively creating an overload. The coach also encouraged the players to be aware of their defensive responsibilities even when in possession.

Austin then went on to pass on the knowledge he has gained from working as a player under coaches such as Terry Venables and Gerry Francis, and as a coach under the current Leicester manager, Brendan Rodgers. He described Venables and Francis as flamboyant coaches who were big on the defensive side. Asked about whether defenders should “show” their opponent inside (into congested space) or outside (to wide areas), Austin used Venables’ tactic of showing outside only in the defensive third, but higher up the pitch, to show inside by dropping off so not allowing the opponent space on the outside.

He was also asked about effective defending of set-pieces, and used two different examples to show it would depend on the players available. At Watford under Brendan Rodgers, the back four were quite small, so would defend the six-yard box so not allowing the opponents to get a running jump. In a different scenario at Northampton, Austin had a bigger team and an aggressive goalkeeper who was keen to come and collect balls into the area.

In terms of his coaching philosophy, Austin advocates using the game as the teacher, putting conditions into games in sessions to put scenarios in the players’ minds, and putting players in situations that made them uncomfortable. As a coach, Austin is also now in an uncomfortable situation, but with his focus on learning and growth, you suspect, like the players he coaches, he will be a better coach for the experience.

Subscribe to our weekly newsletter and receive the session plan for Defending. 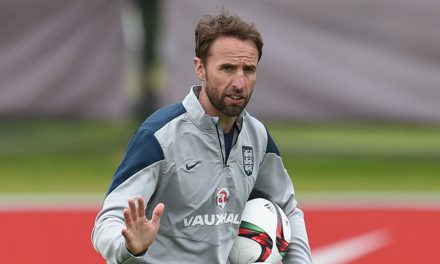